A couple of years ago, before I moved to North Dakota, I traveled to Morrison, Colorado, to see one of my all-time favorite musicians perform in a bucket list venue (Neil Young and Red Rocks Amphitheater, respectively). I hadn't been to Colorado, nor did I know anyone going to the show. Before embarking on this adventure, I joined a group on Facebook called "Rusties", a name related to a Neil Young song that proclaims "rust never sleeps". From following the group's posts for a bit, I learned a lot about Neil Young's music from his fans' knowledge and deep interest in his music. 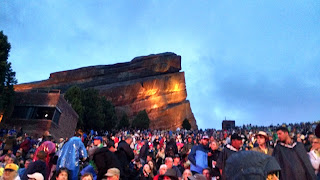 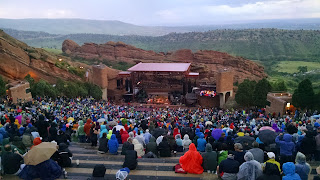 But who were these people in real life? Were they friendly? Funny? Kind? Down-to-earth? I looked forward to finding out and hoped for the best.

After arriving at the campground, I found my site and set up camp in the intermittent rain. Then I decided to build a fire. What happened next has become a running joke: when the park ranger grabbed a bundle of wood, she grabbed it from the bottom of the cache so it was drier. She thought she was being helpful; maybe she was. I proceeded to try to light the damp wood with some paper. Smoke, but no fire. I used some of the firestarter I had. More smoke, still no fire. Then I looked up. The nearby vicinity was shrouded in a haze of woodsmoke...and I still didn't have a fire. Since I was camping in Colorado, I couldn't claim that I was trying to keep mosquitoes at bay. I tried a few more tactics with twigs and bark, but never managed to cull anything more than a smoulder from the damp wood. Eventually, I gave up and went to sleep. 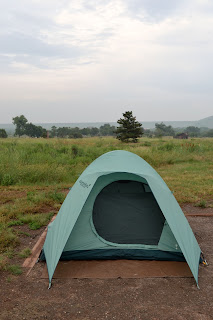 The next day, I messaged Harry--a Rustie who seemed to be a hub and fountain of information regarding all things Rustie--if other people who were going to the concert were at the campground. He told me who and where fellow Rusties were at the campground, so I went and introduced myself to Angela, Steve, Kristi, and Jon. Later, I met Brad, Harry, Tyler, Geoff, and Jim, who were also staying at the campground in one of the yurts. At the pre-show gathering, I met many more people, including Anita, Deb, George and Sandy, Thrasher and his wife, and Paul. I'm sure there are others, too, whom I'm forgetting here--my apologies for inadvertent omissions. For the two consecutive nights' concerts, we carpooled to the show, tailgated and hiked before the show, sang and danced during the show, and hung out after the show. These people were fun, intelligent, caring, compassionate, and kind. They were an ocean of information on many different things, particularly music. That's what brought us together: the music. 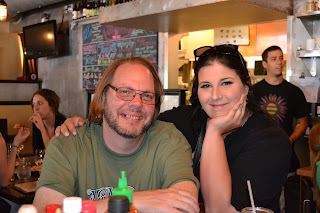 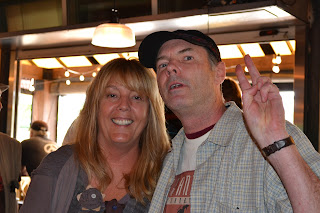 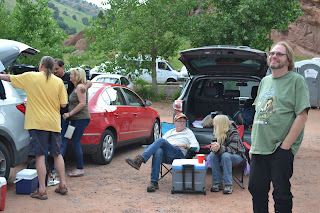 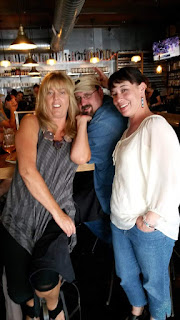 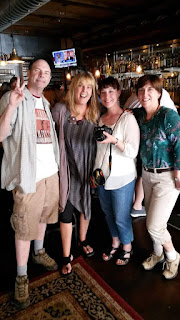 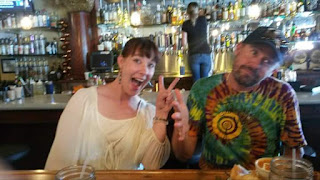 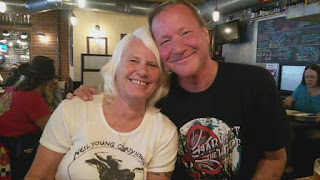 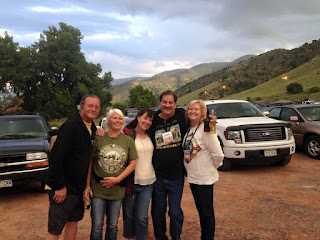 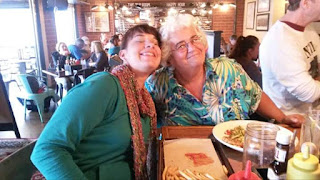 In short, the experience was magical. Here I was, far from home and hanging out with people I had just met. Yet somehow, it felt as though I had known these people for longer than 48 hours. These people were from different places in the world, worked in varied fields, and had different life experiences. Superficially, all we had in common was a passion for Neil Young's music. However, beneath the surface, I learned we had several things in common. Some of us lost siblings too soon. Some of us lost mothers and fathers to dementia, Alzheimers, and other diseases. Many of us love to travel and have been different places in the world. All of us love music. Several of us cherish being in and with nature and appreciating the beauty and multitude of life forms she supports. All of those commonalities formed the deeper connections made, all stemming from a love of Neil Young's music. In that two days' time, the people I met became friends of mine.

Most of us still keep in touch via social media. When I am assured that I can safely tow and operate my camper and the opportunity presents itself, I will reunite with at least some of my Rustie tribe, and I'm sure it won't seem as though it's been two years since we've hung out in person. I'm really looking forward to that.

Putting yourself in situations to meet new people and share experiences doesn't always guarantee that you will make connections like this, but you certainly won't if you don't go there. To be in that place means taking risks, some calculated and some not.

Get out there. Be open and authentic. Your vibe is a beacon for your tribe. Shine. 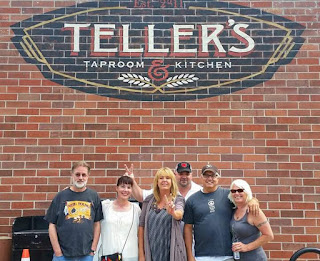